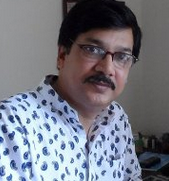 Dr. Shahriar Hossain and his organization ESDO is the pioneer and the key personality of global anti polythene / Plastic movement. He is a man who had spent 13 years campaign and lobbying against the plastic bags and was the main architect of the ban of polythene bags in Bangladesh. His idea and contribution marked as millstone to make a great change in the field of environmental, livelihood and economic as well as in environmental protections and nature conservation.

Following graduation, Shahriar Hossain started his professional career as a news reporter with the Weekly Shandhani in 1980 in Dhaka Bangladesh. He received 1st master degree from the University of Dhaka in 1982 and MS/M.Phil, International Relationships from J.N. University (New Delhi) in 1984 and he was awarded a Diploma in Journalism from Indian Institute of Mass communication (New Delhi) in 1983. Since that time, he has contributed to number of periodicals on a variety of topics as a reporter and as an editor. Shahriar continue to work with the Washington Post (since 1996) as a Regional Contributor for Environmental Development and with the Sydney Morning Herald and Melbourne Age (since 1998) as a foreign correspondent, but most of his attention currently focused towards on environmental and social justice issues. He is a member of USA based the Society of Environmental Journalist-SEJ.

Shahriar have been wide-open to and interested in nature and the environment since his boyhood.  A grocery store encounter in 1986, which he experienced while studying Film Direction at the Institute of Audio-Visual and Performing Arts, University of Melbourne, led him to direct his efforts towards grassroots environmental activism. It was at that time that he was first educated concerning the environmental problems caused by polythene, shopping bags and, on returning to Bangladesh, He attempted to share that lesson with the public. To accomplish his goal, he founded the Environment and Social Development Organization (ESDO) in 1990.

To further his ability to recognize and address environmental issues, he obtained an MS in Environmental Studies (1995) and a Ph.D. in Urban Ecology (2001) from Duke University, NC,USA. He is a Fellow of the Center for Environmental Studies (Duke), ASHOKA Innovators for the Public, and the Advocacy Institute (Washington, DC), among others. Dr. Shahriar work as visiting faculty of Georgetown University, Washington D.C. USA. JNU, New Delhi, from 2002-2006 and currently working as an external examiner of the social science faculty of the University of Dhaka. He also served as the Country Representative of Bangladesh for the Advocacy Institute from 1998-2006. Now he is working as a freelance environmental journalist, ecologist, and a social justice advocate.

Dr. Shahriar recently elected as a member of the Board of Director of the Pacific Basin Consortium, he is the Executive Vice President of the World Alliance for Mercury-free Dentistry, USA, and Steering committee member of IPEN and the Member of UN Environment mercury waste experts group.